#71 - Is Everyone Hanging Out Without Me? - Mindy Kaling

An Emmy-nominated actor and writer on NBC’s The Office, “Mindy Kaling has lived many lives: the obedient child of immigrant professionals, a timid chubster afraid of her own bike, a Ben Affleck – impersonating Off-Broadway performer and playwright, and, finally a comedy writer and actress prone to starting fights with her friends and coworkers with the sentence ‘Can I just say one last thing about this, and then I swear I’ll shut up about it?’”
In this sound recording “Mindy invites her listening audience on a tour of her life and her unscientific observations on romance, friendship, and Hollywood with several conveniently placed stopping points for you to run errands and make phone call.”  Really – she is just the ‘girl next door’ and not so much anywhere in the US but definitely if you live in India or Sri Lanka.
Posted by Jan in Edmonds at 12:58 PM No comments:

Munro always delivers – stories that grip you and encourage you to keep on listening.  In this collection we following the different branches of the same family through the ages from their home in Scotland, crossing to North America and settling in Huron County, around Lake Huron -- Munro territory.  The stories take place “where the past shows through the present like the traces of a glacier on the landscape, and strong emotions stir just beneath the surface of ordinary comings and goings.”  I’ve fallen in love with Munro’s storytelling abilities.
Posted by Jan in Edmonds at 8:09 PM No comments: 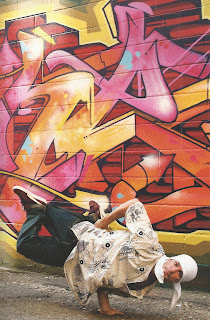 I chose a second book by this author, also knowing Porter would love it because she loves to dance.  Porter read it on her own on the way to Jazz dance class on Saturday morning and then I read it a couple days later.  Crabtree does a nice job of arranging the story with the photos he takes.
Posted by Jan in Edmonds at 7:19 PM No comments: